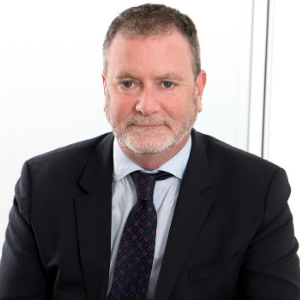 Brian joined ArchiMed in 2018. He has more than 20 years advising in life sciences companies, and 10 years as a non-executive director in healthcare companies at various stages of evolution.

Brian qualified as a British Barrister, subsequently practicing in Brussels with US law firm Oppenheimer, Wolff & Donnelly LLP, as a Partner in its Life Sciences Practice Group. Brian is the author of ‘Biotechnology Law and Practice’ (Palladian, 1998), and has acted as a strategic advisor to numerous multinationals across the medical device, diagnostics, pharmaceutical and biotechnology sectors. Between 2003 and 2017, Brian was General Counsel, Chief Compliance Officer and Company Secretary to Sorin Group, and thereafter LivaNova PLC. In addition to heading the Legal and Compliance Departments, Brian played a central role in the design and execution of the Company’s wide-ranging M&A strategy, as well as leading the Company’s Blue Ocean Strategy Team.

Brian has a long-standing relationship with other ArchiMed partners, for close to fifteen years. He is currently a non-executive Director in the Italy-headquartered healthcare logistics specialist BOMI, as well as ArchiMed portfolio companies Suanfarma, NAMSA and Prollenium. At ArchiMed, Brian is particularly focused on the Medtech and Biopharma sectors.

Brian obtained his Law Degree, LLM and Diploma in Advanced Competition Law from the University of London. He holds an MSc in Human Resource Management, as well as a Masters in Football Business. He is a visiting lecturer at the Johan Cruyff Institute in Barcelona.