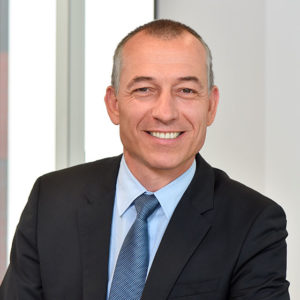 Denis has over 25 years of experience in the Healthcare sector. Denis started his career as a veterinarian and subsequently worked for management consulting firm AT Kearney. In 2001, Denis joined Private Equity leader 3i and became the global head of the Healthcare team in 2007, overseeing the company’s Healthcare investments and portfolio across Europe, North America and Asia (China, India, Singapore).

Denis actively contributed to the development and strategic growth of companies in various Healthcare sectors. He served as a Board Chairman or Director in more than 25 public and private healthcare companies, including Quintiles (now Iqvia), Labco (now Synlab), iPP (now Synlab), Vétoquinol or Carso, operating in all types of Healthcare sub-sectors.

Denis graduated from Vet Agro Sup, the French Veterinary University of Lyon and holds an MBA from HEC Paris. Denis is a French citizen.