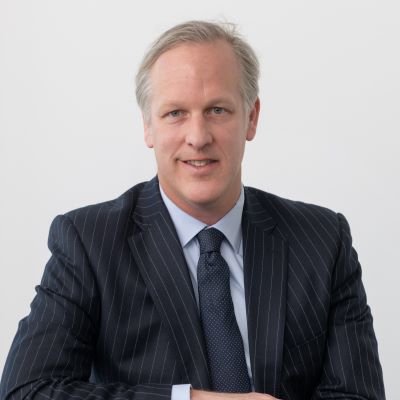 Robin has over 20 years of private equity experience in the US, Asia, the UK and France.

Robin started his career with Private Equity team at Brown Brothers Harriman in New York before continuing with the European growth fund of Baring Private Equity Partners, TCR Capital and then the Universities Superannuation Scheme pension fund, where he was a Director in their £3.5bn direct and co-investment program.

Robin has completed many noteworthy transactions in the healthcare sector and has a long-standing relationship with the other ArchiMed Partners dating back to 3i where he was a co-investor in several transactions.

His current portfolio includes Deallus (UK/US), a pharma strategic consulting firm, Vita Health (UK), an Occupational Health firm, Fytexia (France) a nutraceutical company focused on polyphenols and SMG (Netherlands) a manufacturer of single-use and reusable tapes for the operating room. Most recently, he led the transaction on Actigraph, a US-based leader in the global market of remote monitoring systems for clinical trials.

Robin is a Founding Partner of ArchiMed, and is a Director of the Eureka Foundation, ArchiMed’s charitable foundation. Robin has a long-standing relationship with the other ArchiMed partners.

Robin graduated from the School of Foreign Service at Georgetown University, Washington DC, United States and holds an MBA from INSEAD. Robin is a British citizen and speaks fluent French.